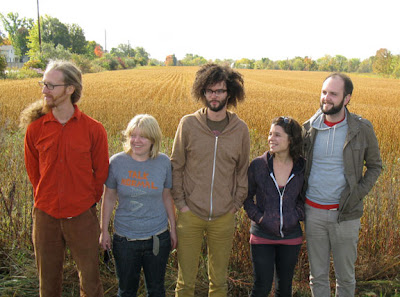 Founded in 2008 by Pterodactyl drummer Matt Marlin and Skeleton$ keyboardist Mike Gallope, STARRING revisits the terrain of progressive rock by distilling it to its essence. Starring plays “prog rock” because they are in love with a sense of unscripted fun, looking to spit beer, exhilarate and electrify rather than be like "dude, check my chops.". Starring combines the forces of farfisa, viola, guitar and bass to sculpt driving, heavy, high-speed sound guns aimed at stealth bomber choruses. Beneath it all, Matt Marlin’s notoriously frenzied drumming, which is as furious here as on any Pterodactyl record, propels this distortion-addicted quintet from one transfixing riff to the next.

All five members contribute vocals over the course of the record, experimenting with figures of authority, blissed-out psychedelic narratives, or simple primal scream therapy. And each song is no less diverse in its ambitions: “July” is a monstrosity about a horrific encounter at a holiday barbeque, with a mathy, scattershot verse turning on a dime into an anthemic, Stooges-inspired chorus. “Get Over Here, Disco!” sets fire to a catchy two-note riff, and twists it into a shout-your-brains-out headbanger. And the album's final track threatens to cannibalize everything that’s preceded it, churning along for minutes in a brutal, spellbinding jam, only to be interrupted by dreamy voices that eerily plead: “Won’t you be my body double?”

Their genre-pretzeling debut, Wife Of God, will be available June 8th on Death By Audio Records. Thank you. 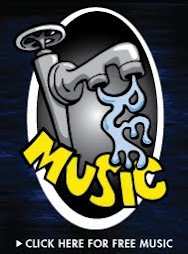